Spanish penalty interest: procedural or substantive? Or does it really matter? 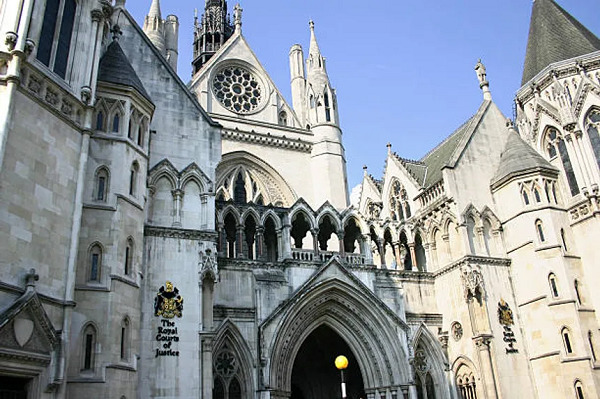 This somewhat vexed issue has been the subject of argument since the implementation of Rome II. The purpose of this article is to summarise the present position as to the application of Spanish law penalty interest in personal injury claims both in England and Wales and Spain and to explore, in practical terms, whether it matters if Spanish penalty interest is a matter of procedural or substantive law.

Under Spanish law there are two rates of interest which are applicable in claims against insurers. These are the standard interest rate of 3% (at that rate since 2016) and the penalty interest rate, in accordance with Article 20 of the 50/1980 Insurance Contract Act of 8 October 1980 (“Article 20”).

In accordance with the Judgment of 1 March, 2007, [RJ 2007/798], the Spanish Supreme Court provided guidance as to calculation of the penalty interest rate. For the first two years from the date when interest starts running, interest will accrue at 50% of the current Spanish legal interest rate, making it a 4.5% annual interest rate. Two years after the date when interest starts running, interest accrues at a rate of 20% per annum. Interest under Article 20 is payable upon the full amount of the damages award, including both non-pecuniary and pecuniary losses.

Article 20 triggers fairly soon, in fact only three months after the accident and where the insurer has failed to make an interim payment for a reasonable amount.

In accordance with paragraph 8 of Article 20 an insurer may be exonerated from penalty interest but only if there is justified reason for the delay. The Spanish Supreme Court has recently confirmed the principle that a dispute about liability is not sufficient to exonerate an insurer (Judgment nº 559/2021 of 22 July 2021). And more recently, in Judgment nº 888/2021 of 21 December, 2021, the Spanish Supreme Court restated the principle that a dispute about quantum is not a good reason to exonerate an insurer from having to pay penalty interest.

It is only in the event that there is serious doubt about coverage or the occurrence of the accident that an insurer will be exonerated from penalty interest.

The question for the judiciary in cases involving the application of foreign law under Rome II has been whether interest falls to be determined in accordance with the lex forum or the lex causae. Is interest a matter of procedure, where the law of the forum will apply (see Wall v Mutuelle de Poitiers Assurances [2014] 1 WLR 4263 (CA)), or is it a point of substantive law, where the law of the cause of action will apply, in accordance with Rome II?

This issue has been grappled by the Courts for well over a decade, but there have been some very recent developments. A summary of the latest position is provided below-

In Maher v Groupama [2009] EWCA Civ 1191 (para 40 per Moore-Bick LJ) “… the existence of a right to recover interest as a head of damage is a matter of French law, being the law applicable to the tort, but whether such a substantive right exists or not, the court has available to it the remedy created by section 35A of the 1981 Act. Having said that, the factors to be taken into account in the exercise of the court’s discretion may well include any relevant provisions of French law relating to the recovery of interest. To that extent I agree with the judge that both English and French law are relevant to the award of interest.”

In Hyde v Sara Assicurazioni SpA [2014] EWHC 2881 (QB) (para 52 per HHJ Moloney QC), “… following the Maher case (which, of course, dealt specifically with this issue of interest) the English court has the discretion to award interest or not in accordance with its own principles as a procedural or remedial matter, whether or not Italian law would give any substantive right to interest or impose any limit on it.”

In Scales v MIB [2020] EWHC 1747 (QB), Cavanagh J found, at paragraphs 255 and 256 of his Judgment, that “The existence of a right to claim interest as a head of loss is a substantive matter to be determined by reference to the foreign law, the lex causae. This was made clear by the Court of Appeal in Maher and another v Groupama Grand Est [2009] EWCA Civ, [2010] 1 WLR 1564, at paragraph 33. It is common ground that Spanish law provides a substantive right to interest. In any event, whether or not such a substantive right exists, the English Court has a discretionary power, under section 35A of the Senior Courts Act 1981, to decide whether to award interest and to determine the amount of interest: Maher, paragraph 35 and 40. This power must, of course, be exercised judicially. In exercising the Court’s discretion, the Court of Appeal said in Maher that the English Court might well take into account any relevant provisions of the foreign law relating to the recovery of interest (see judgment, paragraph 40).”

In Troke & Anor v Amgen Seguros Generales Compania De Seguros Y Reaseguros SAU [2020] EWHC 2976 (QB), Griffiths J found, at paragrah 71 “I agree with the judge that the award of interest in this case was a procedural matter excluded from Rome II by article 1(3); that there was no substantive right to interest at Spanish rates to be awarded to the Claimants under the lex causae; that interest could be awarded under section 69 County Courts Act 1984 as a procedural matter in accordance with the law of England and Wales as the lex fori; and that he was entitled to award interest at English and not Spanish rates accordingly.”

The position post Troke became very uncertain for claimants, as there were two competing High Court decisions. There have now been two very recent judgments, where clarity on the issue has been sought –

Firstly, in Woodward v Mapfre Espana Compania De Seguros Y Reaseguros, a case heard in the Norwich County Court by HHJ Walden-Smith, in which judgment was handed down on 07 October, 2022, the judge found, at paragraph 72 “In my judgment, the right to penalty interest is not a substantive right. It is acknowledged that it will not always apply, albeit that is in restricted circumstances, and as such is a matter of procedure to be determined by the lex fori (the law of England and Wales). What this court does have, is a discretion to award interest pursuant to the provisions of section 69 of the County Courts Act 1984 in my judgment, it is appropriate to award interest, as a matter of lex fori, at the same rate as the penalty rate of the Spanish law. This was suggested by Maher and encouraged by Whipple J in XP v Compensa Towarzystwo SA.”

Following a very helpful section setting out the circumstances as to why penalty interest is appropriate in this particular case, at paragraphs 73 and 74, at paragraph 75 the judge concluded “while the lex fori rather than the lex causae applies to the interest to be added to the final judgment on both general and special damages, I determine that the interest to be applied is in accordance with the penalty interest to be applied in the Spanish court pursuant to the discretion under section 69 of the County Courts Act 1984.”

This resulted in a significant award for interest, at a similar level to that awarded for all of the other heads of loss in the case combined.

The most recent case, in which judgment was handed down on 26 October, 2022, is Sedgwick v Mapfre Espana Compania De Seguros Y Reaseguros SA, heard centrally in the Kings Bench Division by Lambert J. Similarly to in Woodward, the Judge found, at paragraph 101 “Whether the decision in Troke is binding upon me or not, I agree with its conclusion and the underlying reasoning which I endorse and follow. I make the following observations and findings:

«The purpose of penalty interest in Spanish law is to incentivise early interim payments and to discourage delay and procrastination on the part of the defendant. I agree with Mr Mead (and Griffiths J) that penalty interest is a procedural sanction to give teeth to a procedural regime aimed at early disposal of cases and as such it is not a substantive right».

«The purpose of an award of damages for personal injury is to restore the victim of an accident to the position he/she would have been in but for the accident. Full reparation is the objective. The substantive right to an award of interest to compensate the victim for being kept out of his or her award and the loss of use of the money is therefore consistent with this objective. But the imposition of an award of penalty interest by definition is not intended to achieve restitutio in integrum for the claimant but to penalise the defendant for having failed to comply with the requirement of making a conservative payment within three months of the claim. The observations in Dicey which were picked up and endorsed in AS, that penalty interest might be seen as a remedy in the form of compensation for the claimant being kept out of his or her money, must in my view be considered in this context.»

At paragraph 102 the Judge goes on to confirm «to my mind, the penalty interest provisions are discretionary; they may be excluded if there is a good reason to do so and they are, to my mind, procedural in character.»

However, crucially at paragraph 106, the Judge goes on to say «In considering this question I take into account that, had this case been issued and tried in Spain, then the penalty rates of interest would have been applied. There is no good reason why they would have been excluded under Article 20(8).» Like in Woodward, the Judge goes on to give a very good summary as to why, in this particular case, penalty interest should be awarded and confirms, at paragraph 109 «I exercise my discretionary power under s. 35A Senior Courts Act 1981 to award interest on general and special damages in accordance with the penalty rate which would have been applied had this litigation been issued and pursued in Spain.»

The practical effect of this was that there was a significant award of penalty interest.

I’m conscious that this article has been prepared by part of the team for the claimant on Scales, and therefore I obviously prefer the reasoning of Cavanagh J in that case over that of Griffiths J in Troke.

What the recent decisions in Woodward and Sedgewick show, however, is that, even if the court finds that Spanish penalty interest is a matter of procedure, where the law of the forum will apply, the court will look at the circumstances of each case and use its discretion to award penalty interest if it considers it appropriate to do so, as a Spanish Court would.

So, I would say that the force of the case law is that, however you get there, penalty interest is something that injured claimants should expect to receive in appropriate circumstances when Spanish law applies to their case.